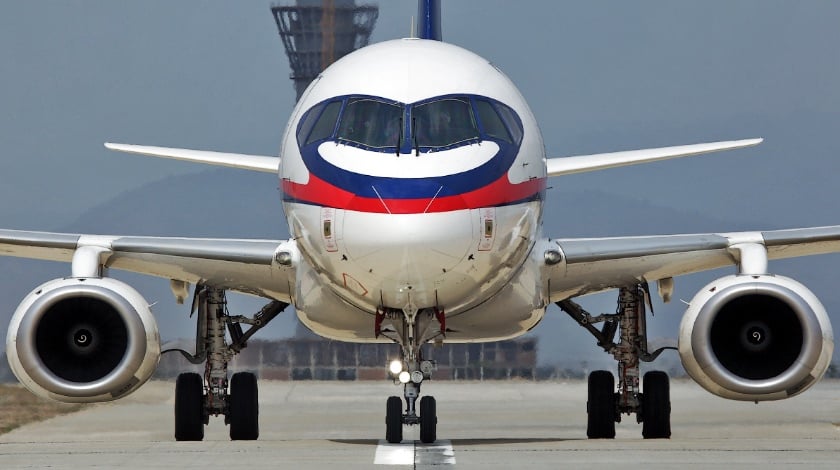 In 2015, the Irish regional airline CityJet has announced the will to buy 15+10 Russian-made Sukhoi Superjet 100 (SSJ100) aircraft for 1 billion USD to update its fleet. Since that day the European aviation community and non-professional aviation lovers are still trying to understand how the Russian twin-engine became the loved one by the CityJet.

Some experts still cannot believe that the aircraft which is assembled in Russia can be the same quality as Boeing or Airbus, even with the fact that the SSJ100 has avionics and controls sourced from leading suppliers like Thales, Safran and Honeywell. So, let’s ask one simple question before making a decision – what do we know about the first aircraft developed in Russia after the collapse of the Soviet Union?

The end of the Soviet Union was really chaotic period for Russia’s civil aircraft design bureaus. Mikoyan, Tupolev, Ilyushin and Yakovlev were on the edge of stopping their production and there were no talks about new civil aviation projects. The lack of resources made these bureaus to focus exclusively on military projects.

The 2006 was remarkable for Russian aviation industry. SSJ100 became more than just a usual aviation project. Russian government has decided to make SSJ100 as a pioneer in revitalizing the aviation industry with the new power. This process started with the massive restructuring of every major Russian aviation company into United Aircraft Building Corporation with 75% of stake in the hands of Russian government. Notably, one of President Vladimir Putin’s likely successors, Deputy Prime Minister Sergei Ivanov, became a new head in the new military and civil aviation corporation, ensuring its financial health for the foreseeable future.

In 2002, before the Russian government announced Sukhoi as the leader of SSJ100 program, Sukhoi selected Boeing and signed a medium-term cooperation agreement to work together. Boeing as an advisor to Sukhoi explored opportunities in the areas of program management, engineering, marketing, product development, certification, supplier management, and customer support.

The project was initiated to diversify its product portfolio in order to enter the market of civil aircraft. The aim of Sukhoi and Boeing, as an advisor, was to make a regional aircraft with the comfort level similar to Airbus A320 with EASA and FAA certificates.

The development cost was about 3 billion USD, with 1 billion directly on its design and certification – the rest was spent on the creation of modern production. It is one of the largest Russian projects.

The production line of SSJ100 was built from 0. The main assembly was settled in Komsomolsk-on-Amur, KnAAPO. Some stages of production took place in Novosibirsk. Painting and installation of interior has 3 possible locations depending on the customer – Ulyanovsk, Czech Republic or Italy.

As we have mentioned before, SSJ100 was designed to meet the western standards in avionics and controls with various worldwide suppliers on board – Thales, Liebherr, Snecma, Saturn, Intertechnique, Goodrich or Honeywell.

Selection of foreign manufacturers of the components was made in connection with the necessity of certification by EASA and FAA. It would take the Russian companies an extra few years to make the avionics of appropriate level. At the beginning, the share of foreign components was 80%, year by year Russian manufacturer was decreasing this number, due to political tension between Russia and European Union, and now it is less than 50%.

The SSJ100 is still powered by the Powerjet SaM146 engine, a joint venture between NPO Saturn of Russia and Snecma of France.

The SSJ100 was rolled out in September 2007 at the KnAAPO assembly plant in Komsolmosk-on-Amur, Siberia. On 19 May 2008, the first test flight of the Superjet took place from Dzemgi airport, at the Komsomolsk-on-Amur Aircraft Production Association.

In 2012, EASA issued Type Certificate A-176 for the Sukhoi Superjet 100. This EASA certificate recognizes that Sukhoi Civil Aircraft Company has showed compliance for this aircraft with the EASA Type Certification Basis with applicable airworthiness and environmental requirements. The SSJ 100 has become the first Russian passenger aircraft to be certified by EASA since the Agency’s creation in 2003. SSJ100 is powered by the Powerjet SaM146 engine which received EASA certification in June 2010.

So, why people are not familiar with this modern and certificated Russian airliner? The answer is not related to the fact that it is a Russian aircraft. SSJ100 has really attractive fuel efficiency for airlines all over the world. On the echelon of 10 000 meters Russian airplane can fly at the same optimal speed as A320 or B737 with perfect fuel consumption. Pilots and passengers who had a chance to try SSJ100 appreciate the aircraft. If we will compare Sukhoi with the other manufacturers from Europe and USA we will see that Russian company has a lack of past performance in the market and no track records. But you will be able to get more information about numbers, deliveries, orders and characteristics in the second article about Sukhoi SuperJet 100.