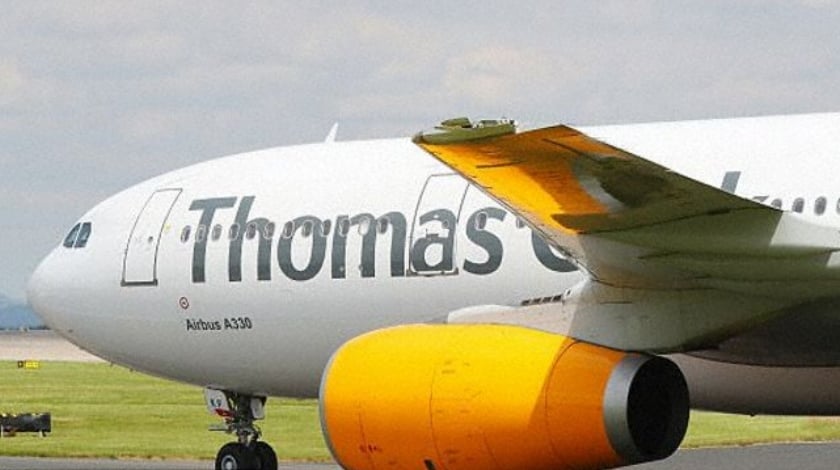 A Thomas Cook Airlines Scandinavia Airbus A330 was performing flight from Manchester to Holguin in Cuba with 322 people on board, when the crew advised of a minor technical problem and requested to hold to enter a hold, the controller instructed the flight to turn left onto a heading of 180.

The crew subsequently decided to return to Manchester. The aircraft landed on Manchester’s runway 23R about 80 minutes after the first advise of a minor technical problem, the left hand winglet was missing from the aircraft.

A passenger reported the winglet had been removed before flight and maintenance had taped the wing tip up, however, the tape departed the aircraft in flight.

Other passengers reported the crew announced there was an oil leak.

The airline reported the aircraft returned to Manchester due to a suspected technical problem, a low engine oil indication, unrelated to the wing tip.

The aircraft has been seen operating without its left winglet at least since May 22nd 2017.

It is being said that the aircraft collided with a hangar door causing the winglet to be removed from the aircraft. The aircraft is safe to be operated under configuration deviation list requirements with one winglet missing and the wing tip being taped, a higher fuel burn is to be anticipated.