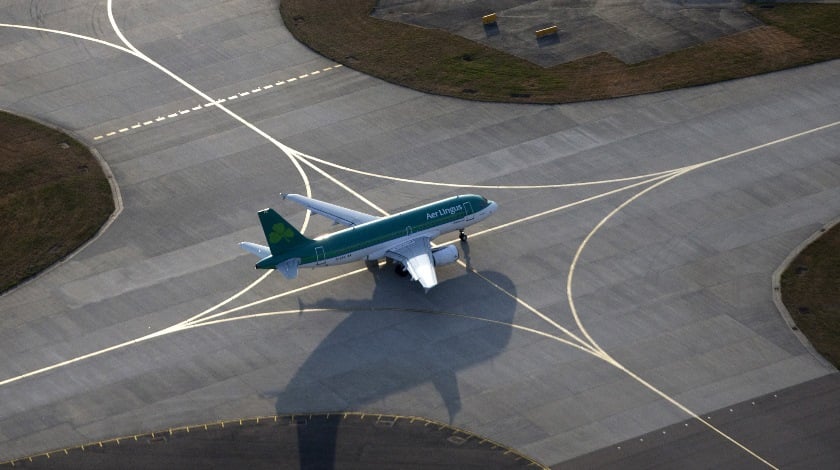 In a major boost for the UK economy the government announced (25 October 2016) its support for a new runway at Heathrow – the first full length runway in the south-east since the second world war. The scheme will now be taken forward in the form of a draft ‘National policy statement’ (NPS) for consultation.

The government’s decision on its preferred location, which will be consulted on in the new year, underlines its commitment to keeping the UK open for business now and in the future and as a hub for tourism and trade. Today’s decision is a central part of the government’s plan to build a global Britain and an economy that works for everyone. This is just one of a series of major infrastructure investments that will create jobs and opportunities for every part of the UK.

A new runway at Heathrow will bring economic benefits to passengers and the wider economy worth up to £61 billion. Up to 77,000 additional local jobs are expected to be created over the next 14 years and the airport has committed to create 5,000 new apprenticeships over the same period.

Transport Secretary Chris Grayling said: “The step that government is taking today is truly momentous. I am proud that after years of discussion and delay this government is taking decisive action to secure the UK’s place in the global aviation market – securing jobs and business opportunities for the next decade and beyond.”

“A new runway at Heathrow will improve connectivity in the UK itself and crucially boost our connections with the rest of the world, supporting exports, trade and job opportunities. This isn’t just a great deal for business, it’s a great deal for passengers who will also benefit from access to more airlines, destinations and flights.”

“This is an important issue for the whole country. That is why the government’s preferred scheme will be subject to full and fair public consultation. Of course it is also hugely important for those living near the airport. That is why we have made clear that expansion will only be allowed to proceed on the basis of a world class package of compensation and mitigation worth up to £2.6 billion, including community support, insulation, and respite from noise – balancing the benefits and the impacts of expansion.”

Expansion at the airport will better connect the UK to long haul destinations across the globe and to growing world markets including in Asia and South America, bringing a significant boost to trade.

Heathrow already handles more freight by value than all other UK airports combined, accounting for 31% of the UK’s non-EU trade, and its expansion will create even more opportunities for UK business to get their goods to new markets.

While there are clear gains for business, passengers will also benefit from a greater choice of airlines, destinations and flight times. The Airports Commission, chaired by Sir Howard Davies, anticipated that a new runway would bring in new capacity to meet demand and allow greater levels of competition, lowering fares even after taking into account the costs of construction.

Expansion costs will be paid for by the private sector, not by the taxpayer. It will be for the Civil Aviation Authority (CAA), as the independent industry regulator, to work with Heathrow Airport Ltd and airlines operating at the airport, on the detailed design and costs to ensure the scheme remains affordable. The government expects the industry to work together to drive down costs to benefit passengers. The aim should be to deliver a plan for expansion that keeps landing charges close to current levels.

This new runway will deliver major economic and strategic benefits to the UK, but it must be delivered without hitting passengers in the pocket. The Airports Commission was clear that this is achievable as is the CAA.

A third runway will also support new connections to the UK’s regions as well as safeguarding existing domestic routes. Heathrow has proposed a further 6 new routes to Belfast International, Liverpool, Newquay, Humberside, Prestwick and Durham Tees Valley to be added after expansion. The 8 existing routes offered today are: Edinburgh, Glasgow, Inverness, Aberdeen, Belfast City, Manchester, Newcastle and Leeds Bradford. This would provide 14 domestic routes in total, and spread benefits right across the country.

Government will also take all necessary steps including, where appropriate, ring-fencing a suitable proportion of new slots for domestic routes, to ensure enhanced connectivity within the UK.

Despite the increase in flights Heathrow Airport Ltd has made firm commitments to noise reduction. The government will propose that a six-and-a-half hour ban on scheduled night flights will be introduced for the first time at Heathrow and will make more stringent night noise restrictions a requirement of expansion. The timing of this ban will be determined through consultation.

Furthermore, the government proposes new legally binding noise targets, encouraging the use of quieter planes, and a more reliable and predictable timetable of respite for those living under the final flight path. The airport has also pledged to provide over £700 million for noise insulation for residential properties.

In addition, modernising use of our air space will boost the sector and will help to further reduce noise and carbon emissions. Proposals will be brought forward to support improvements to airspace and how to manage noise, including the way in which affected communities can best be engaged and whether there is a role for a new independent aviation noise body as the Airports Commission recommended.

The Airports Commission concluded that even with the extra flights added by the airport’s expansion fewer people would be affected by noise from Heathrow by 2030 than are today.

Following the clear recommendation of the Airports Commission the government conducted more work on the environmental impact. That work is now complete and confirms that a new runway at Heathrow is deliverable within air quality limits, if necessary mitigation measures are put in place, in line with the ‘National air quality plan’, published in December 2015.

The UK has already achieved significant improvements in air quality across a range of pollutants. Emissions of nitrogen oxides in the UK fell by 41% between 2005 and 2014. Heathrow’s scheme includes plans for improved public transport links and for an ultra-low emissions zone for all airport vehicles by 2025. The government will make meeting air quality legal requirements a condition of planning approval.

A draft NPS setting out why the government believes this scheme is the right one for the UK will be published in the new year when the public will be consulted on the proposals.