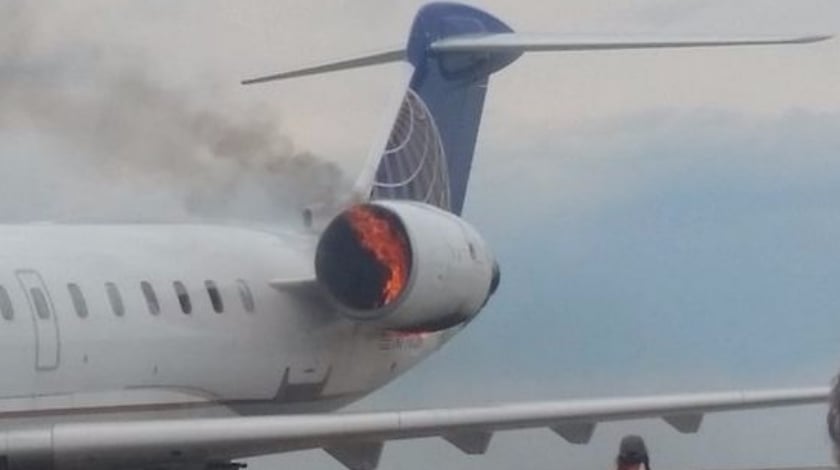 Passengers were evacuated from a United Express jet at Denver International Airport Sunday afternoon. The plane’s left engine caught fire after landing, according to authorities.

Passengers on the aircraft were heading from Aspen to Denver. No injuries were reported. Video and pictures on social media documented the scary moments for more than 60 people on board the jet.

“The passengers were actually taken on a bus back to the concourse,” airport spokesperson Heath Montgomery said. “Part of what we do, is we assist the airlines in getting the passengers back to a safe place.”

The SkyWest Airlines plane, under the umbrella of United Express, reported engine trouble after landing in Denver.

First responders mobilized to assist and put out a fire. The started after the plane as on the ground, according to SkyWest Airlines.

“They very quickly reacted,” Montgomery said. “They … extinguished what they found to be a fire in the rear section of the aircraft.”

By late afternoon the plane was taken to a DIA hanger for further investigation. Airport officials said the NTSB has been notified.