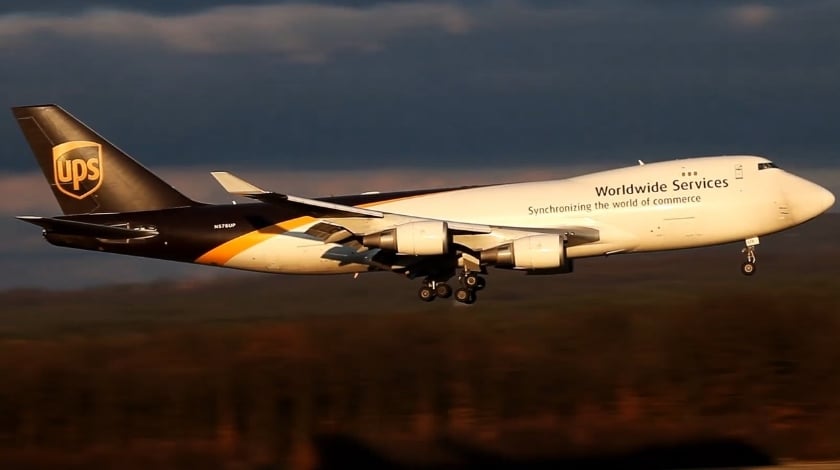 UPS Boeing 747 performing freight flight from Anchorage to Louisville was climbing out when upon contacting departure the crew advised they needed to return to Anchorage, two tyres were showing 0 pressure and obviously had lost pressure on deparure.

The aircraft stopped the climb at 8500 feet, dumped fuel for about 45 minutes, performed a low approach to runway 15 to have the gear checked from the ground, the observers didn’t see anything wrong, emergency services took their stand by positions, and the aircraft positioned for a landing on runway 07R about 90 minutes after departure.

Emergency services reported significant rubber on the runway, the runway was closed, too, tower reported one tyre was emitting smoke, no smoke was seen anymore when the aircraft came to a stop. Emergency services reported two tyres on the left main gear were completely missing. The Boeing 747-800 shut the engines down, UPS maintenance took care of the aircraft which was subsequently towed to the apron.

The FAA reported the Boeing 747-800 broke the runway end lights, dumped fuel and returned, upon landing blew a tyre and was towed. The aircraft sustained no damage, the occurrence was rated an incident.