What Do You Know About the Evolution of Full Flight Simulators? 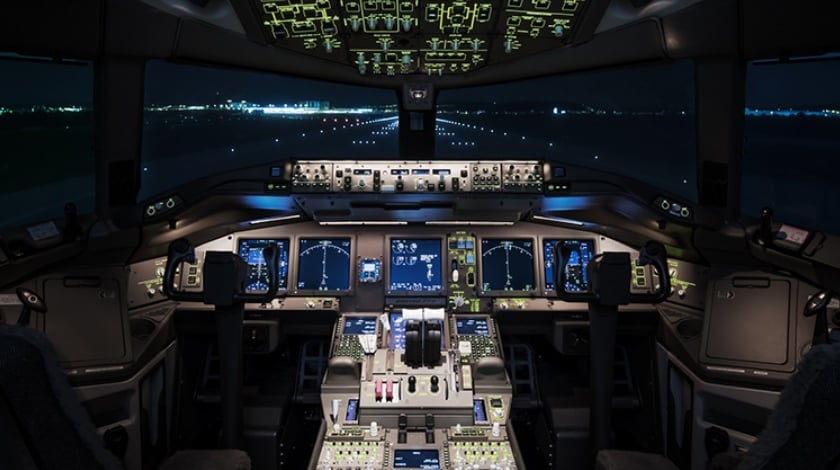 As experienced pilots and instructors say, the sense of flight is unnatural for a human being. Therefore, the methods of pilot training have been relevant since the appearance of the first aircraft.

Sunrise of the flight simulation devices

At the beginning, a future pilot flew as a passenger and only after several flights was able to use a special aircraft, which might be considered to be the first flight simulator in the world. At first, a future pilot ran through the airfield on an aeroplane with a low-powered engine trying to steer and change the direction. Later he moved to a plane with a more powerful engine. This plane was capable to perform jumps during which a pilot tried to elevate the plane. As an alternative, there was an aircraft that could not fly because of a shortened wing. This is how, step by step, a future pilot was gaining experience and getting used to a real aircraft.

However, the first actual prototype of modern simulators, the Sanders Teacher, was created only in 1910.

The device was built on the basis of Sanders biplane components. In fact, it was a lightweight aircraft mounted on a universal joint in an exposed position and facing into the prevailing wind. The exposed position allowed aircraft to be guided by the wind and controlled by ailerons and rudder peddals of altitude and direction. The simulator consisted of two half-sections of a barrel. One half was placed on a pedestal and the other was represented as a swinging cockpit. A prospective pilot sat in the upper half barrel, which moved manually, and had to line up a reference bar with the horizon.

Unfortunately, device proved not to be successful due to unreliable and irregular nature of the wind.

On the road towards a full flight simulator

The First World War accelerated the progress in various areas of aviation. Thus, The need for training larger number of pilots appeared and in order to conduct better training the new disciplines were established. The most rapid development of flight training took place in France and Italy.

Later, first simulators with mechanical or electrical actuators linked to the trainer controls were created. The new system was able to rotate the pilot’s fuselage into an attitude corresponding to that of a real aircraft in response to his control inputs. Moreover, instructor was able to intervene and simulate turbulence and other problems during the flight. An example of this technique is the family of devices described by Lender and Heidelberg from France in 1917.

The most popular simulator of this type was called Link Trainer, patented in 1930. The system had an electrically driven suction pump, which was fixed, and fed  various control valves operated by the control stick and rudder pedals, while another motor-driven device produced a repeated sequence of disturbances.

The success of the simulator might be easily understood due to the fact that its creator, Edwin Link, previously worked at his father’s factory producing mechanical pianos and organs and managed to apply pneumatic mechanisms from organ drives in a simulator design.

However, the development process which lasted for 20 years did not succeeded in making simulation a substitute for an actual flight.

With the beginning of the World War II, the need for pilot training and technical developments dramatically increased and created a huge demand for flight simulators. High speeds, retractable gears and much more made flying an increasingly complex task and, therefore, the precise cooperation among the cockpit crew grew more important.

In 1941, the first simulator for astronavigation by stars was created. The new simulator was a mock-up of a bomber in which the entire crew was housed. The “Stars” were located on the surface of a movable dome, which served as an imitation of the sky reflecting the daily rotation of stars and the change in longitude and flight latitude.

There were also many simulators created for special tasks such as training to simulate the work with radars or orienting over terrestrial radio beacons.

A new era in the creation of simulators began after the distribution of the first analogue and then after the invention of digital computers. It became possible to numerically solve the equations of motion of an aeroplane and simulate its behaviour under the influence of aerodynamic forces.

In the early 1950s, the British company Redifon made the first trainer for the Comet 1 passenger jet. The simulators for the Lockheed L1049 Super Constellation passenger jet and the Boeing 707 jet engine were also created. There were no visual displays or motion but the entire cockpit instruments worked and the crews found it to be very effective. The first customers were British airline BOAC, Australian Qantas and American Pan American.

First simulators with a digital computer appeared in the early 1960s. Even with the limited computing capabilities – the advantages of digital simulators appeared to be overwhelming. By the 1970s there was almost a complete transition to a fully digital platform. However, the lack of computing power was considered to be a huge problem for a long time, only in the XXI century computer power became powerful enough to cover all the necessary work without any limitations.

In 1958, Redifon received an order from BOAC to build a Comet IV simulator with a change in pitch angle. More complex motion systems followed with two, three, four, five and finally six degrees of freedom, which was necessary to simulate the lateral acceleration on such aircraft as the Boeing 747.

A significant contribution to the progress in development of the mobility systems was made by the NASA’s work on the lunar programme. During the programme a simulator meant for training landing on the moon was developed. During this research NASA managed to produce a set of motion equations which were used by most of the simulators’ manufacturers.

Nevertheless, flight simulators were surrounded by various controversies. For example, there was a number of questions related to the motion system which was sometimes believed to operate inadequately compared to a real aeroplane’s system. Particularly this problem was thought to be an issue leading to the development of the negative pilot’s skills. However, more or less it might be considered obvious that flight simulators’ systems were not effective enough to imitate highly manoeuvrable military fighters.

Despite the fact that flight simulators did not fully match real aircraft, these flight training devices became an obligatory part of the pilot training process. Regulatory authorities came to the conclusion that motion systems are essential for the commercial aircraft flights simulation.

The first computer image generation (CGI) systems for simulation were produced by the General Electric Company (USA) for the space programme. Early versions of these systems produced a patterned “ground plane” image while later systems were able to generate images of three-dimensional objects.

The final development, which is still in operation today, moved to a projected picture allowing for continuous viewing in excess of 180 degrees thereby enabling training for a circling approach. In addition, the quality and content of the displayed picture improved to such an extent that route familiarisation was now possible using the flight simulator.

At first, there were no standards and each simulator manufacturer offered airlines different simulators. From the pilot’s point of view, there were no two identical simulators even for one type of the aircraft. This issue raised a great doubt between pilots and regulators. Moreover, the evaluation of simulators was conducted subjectively by one or several pilots.

In the early 1970’s, the units for the maintenance of simulators from several airlines have created the organisation called IAFSTA (International Airline Flight Simulator Technical Association), where issues related to simulators and their manufacturers were discussed.

Later, the airlines re-grouped and after further discussion accepted an invitation from IATA (International Air Transport Association) to form a Technical Committee under the umbrella of its organisation. 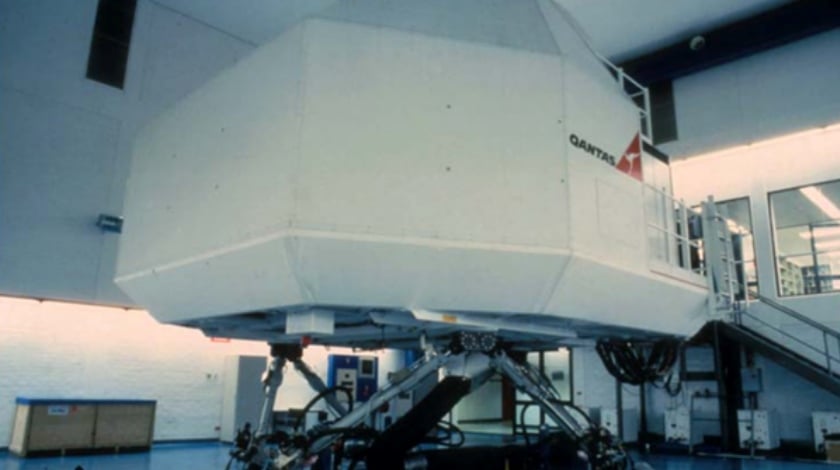 The authority of IATA and the efforts of some large airlines made it possible for the FSTSC to effectively develop standards in the field of flight simulators.

The result of this work was modern and internationally recognized system of simulators’ certification, which allows to reliably use them for training civil aviation pilots.

International standards have now been agreed for flight simulators and a multi-million-dollar simulation industry exists thanks to many individuals who believed in simulators success.