What Does It Take to Become an Airline Pilot with MPL? 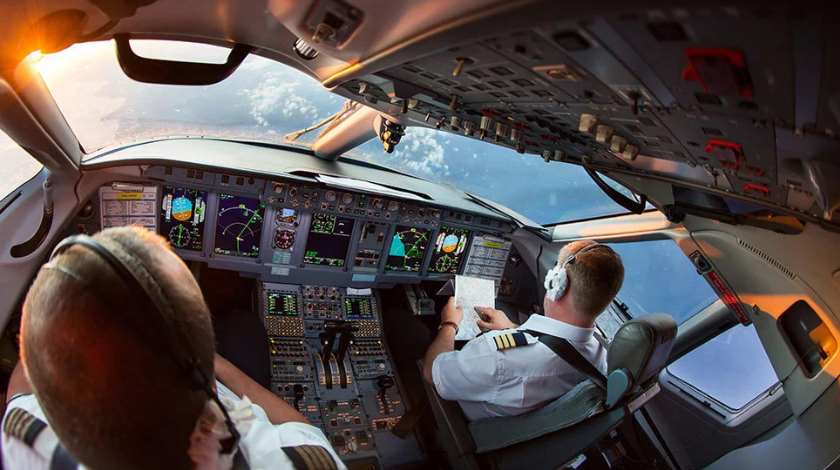 What does it take to be an airline pilot? Can an individual with as little as 18 months of pilot training become a qualified co-pilot on a relevant aircraft type, for example, Airbus A320 or Boeing B737?

The answer to this question is positive. Then you might ask the following question: how could a young person achieve competencies, necessary for an airline pilot, over such a short period of time? The answer is – Multi-Crew Pilot License.

The idea behind this new training concept was to focus the training on the actual skills required in a modern airline cockpit and to streamline training, by incorporating as much of the advances in educational science, training hardware (e.g. synthetic flight training devices) and information technology as possible.

A significant aspect of such focused training is the focus on airline operations and a shorter training time compared to traditional programs. With MPL course it is possible for an aspiring future pilot to become ready for a First Officer’s position over the period of approximately 18 months.

The overall structure of MPL pathway is divided into 4 phases, followed by base training and line training courses.

One of the major differences of MPL, compared to traditional pilot training paths, is that MPL reduces light aircraft flight training on less suitable aircraft and adds simulation to the training syllabus. The main principle of this adjustment is to encourage the early use of simulation, embedding crew-coordination and TEM principles into the training process.

There could be some concerns regarding the decreased time in aircraft training. However, IATA states that no one has been able to explain why light aircraft training is essential for airline pilots and what benefits it brings.

There is a general opinion among aviation experts and enthusiasts that there are some learning objectives which can only be trained in a light aircraft. However, no correlation can be found between more hours of aircraft training and improved performance during the Initial Operating Experience (IOE).

Conversely, experience has shown that more training in simulators, which replicate transport category aircraft and their flight model, effectively improves manual aircraft flying skills. MPL training focuses on type rating matters, such as a detailed presentation of Airbus A320 systems, including the examination, and the practical part with APT training.

The theoretical part of MPL training program remains identical to that of the traditional pilot training syllabus. However, to follow the principle of competency-based training and to move towards MPL philosophy (despite the above mentioned inventory-based acquisition of this knowledge), scenario-based training is often delivered.

For example, as part of lesson preparation, you will have to work through the lesson description which contains a section referring to the underpinning aeronautical knowledge necessary to successfully conduct particular training tasks in that lesson.

Thus, theory topics are matched with practical lesson content. Such “just in time” competency-based knowledge acquisition is far more attractive compared to the traditional inventory-based teaching, where the theoretical part has no direct affiliation to practical application.

Combination of IFR, MCC and JOC

As it has been mentioned previously, MPL program is divided into 4 phases and one of them (Basic Phase) is specially dedicated to the transition from single-pilot operation to multi-crew operation and advanced instrument flying.

In this phase, a student develops specific and very different pilot competencies at a time. IFR part develops an adequate attitude when flying and introduces with instrument normal and abnormal procedures from the list of an airline’s standard operating procedures (SOPs).

MCC part allows an aspiring future pilot to work as part of crew in decision making, communication, diversion of tasks and use of checklists, mutual supervision, teamwork and to be able to provide support throughout all stages of flight under any conditions.

JOC training will provide a smooth transition from a piston engine aircraft to jet airline operations. Such a combination of three different subjects conducted simultaneously grants the best training results to a student pilot, as it specifically helps to fit into the chosen airline career.

However, one of the main MPL differences, compared to the other traditional pilot training pathways, is the amount of simulator time. MPL is very heavily simulator-based, particularly on the type of aircraft you will be flying (e.g. Airbus A320 or Boeing 737).

Since your MPL training syllabus is airline specific and aircraft specific, at the end of your studies, you should be extremely familiar with your hiring company’s SOPs. Also, you will be automatically type rated at the end of the course, saving you money and time needed for a separate type rating. With the extended hours of the whole flight training process, you, as an MPL student, will be able to scout your “best fit” for a pilot profession from the very start of your training course.