Which Airlines Will Fly Boeing 737 MAX After Ungrounding? 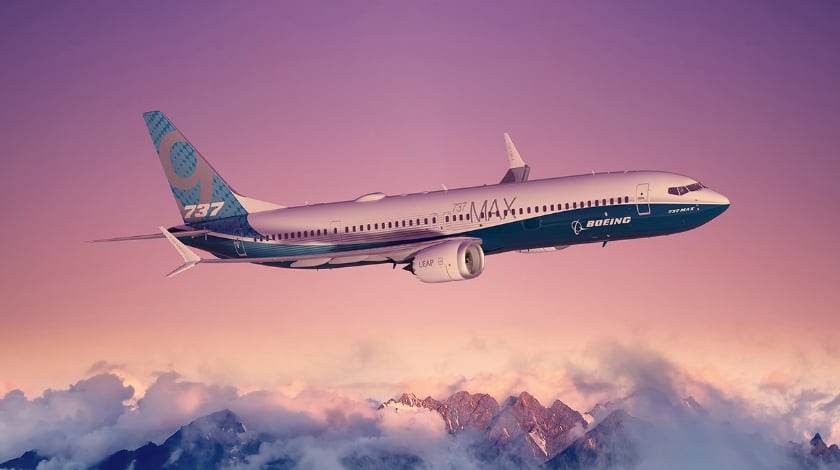 Many airlines worldwide used to have trust in Boeing 737 MAX when it was first launched, and many have regained it after the long recertification process. The catastrophes during which 346 people died made Boing ground all 737 MAX fleet globally and go through a radical shake-up. The flaws in the anti-stall system have been addressed by now and the US, Brazil’s, and Mexico’s authorities have already approved Boeing’s amendments, prompting local airlines to resume Boeing 737 commercial operation. Transport Canada and EASA are yet to wrap up their highly anticipated decision in January 2021. Meanwhile, let’s take a closer look at figures describing Boeing 737 MAX aircraft presence in airlines’ fleets.

Based on the data Aviation Voice collected from planespotters.net and publicly available Boeings reports, Boeing MAX 737 fleet is spread between more than 40 countries worldwide. As the graph below reveals, Boeing 737 MAX is mostly used in Asia/Middle East and the Americas, with a total of 165 and 162 aircraft contributing to the regions’ fleets, respectively, and another 201 and 93 awaiting delivery.

It comes as no surprise that the jet is mainly present in North America, as the US manufacturer Boeing concentrates its main revenues there, unlike its rival Airbus, which has a better geographical diversification, according to Fiscal Year reports 2018.

The largest Boeing 737 MAX operators in North America are Southwest, American, United, and Air Canada. Both Southwest and American are flying over 30 Boeing 737 MAX jets, while United has 22 and Air Canada 24. In Asia, China Southern Airlines, Air China, and Shanghai Airlines are topping the Boing 737 MAX fleet rankings. 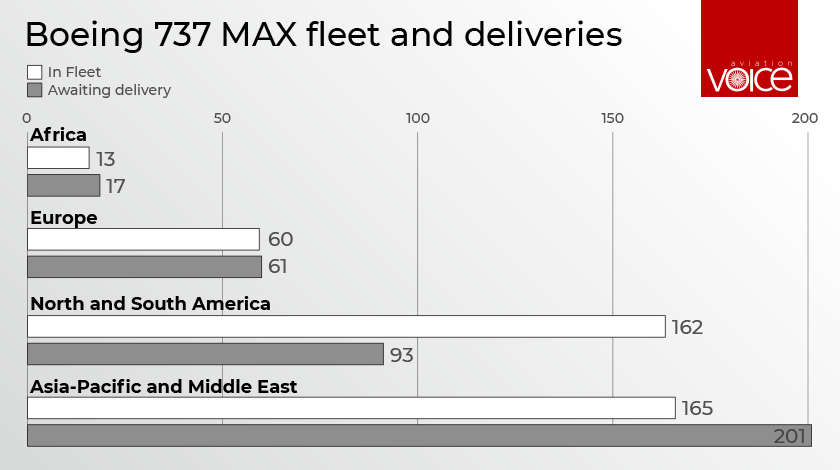 The overview of the European airlines which have Boeing 737 MAX in their fleets is presented below. Norwegian has the highest number of grounded Boeing 737 aircraft – 19 in total if we sum up all its subsidiaries’ data. Smartwings and Icelandair share the second and third places. 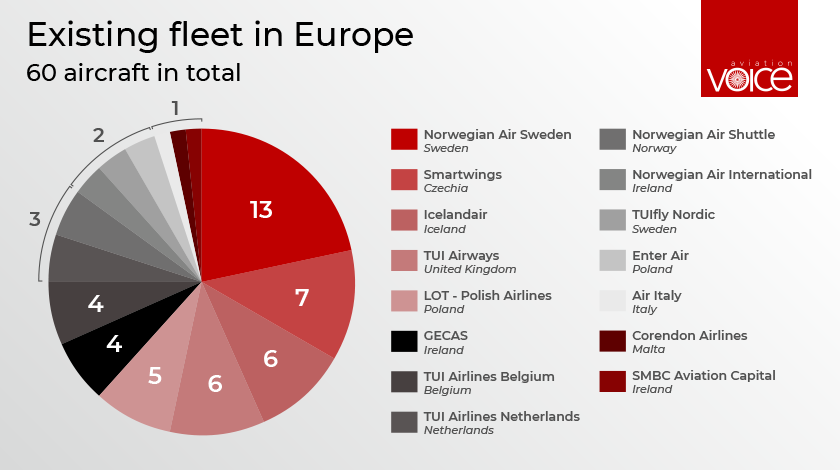 Boeing kept manufacturing the jet from March 2019 until January 2020 and from May 2020 onwards. The company was forced to temporarily stop manufacturing Boeing 737 MAX since there was simply no place to store many aircraft awaiting delivery. As of July 2020, Boing had around 350 built but undelivered aircraft.

In Europe, currently, Smartwings is expecting 11 aircraft in addition to the existing 7, and Lot will be getting 8 on top of the delivered 5, both ending up among the leading airlines in Europe by the total (delivered and undelivered) Boeing 737 MAX fleet. Still, Ryanair’s undelivered orders – 18 aircraft – outweigh those of other European airlines. 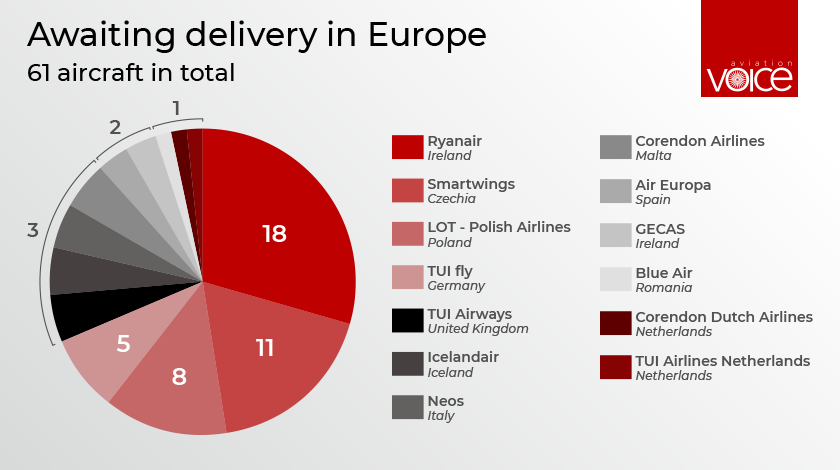 Since its launch, Boeing 737 MAX has captured over 5000 gross orders, many of which were suspended after the investigation of the two crashes circumstances began. In November, Boing’s backlog stood at 4,240 planes. Customers such as Virgin Australia and Air Lease canceled orders for 88 Boeing 737 MAX airplanes, pushing the total number of order cancelations to 536 for the year.

According to Boeing’s “Orders and deliveries” report, throughout 2019 and 2020, the Irish SMBC Aviation Capital ordered 4 Boeing 737 MAX aircraft, Turkish SunExpress Airlines placed an order for 10, the Polish Enter Air Sp. Z o.o. showed interest in acquiring 2, and also, there were some orders by unidentified customers. The report excludes Ryanair, which signed a purchase agreement for another 75 Boeing 737 MAX aircraft in December, upping its original order for the “Gamechanger” aircraft from 135 to 219. Besides, the company is actively speaking for the recertified Boeing 737 MAX in the press, emphasizing its confidence in the jet’s safety.

Boeing 737 MAX – the fastest-selling type in Boeing’s history and the most controversial airplane as of now – is widely used across countries and continents. However, it remains obscure how quickly it will manage to restore its reputation and what kind of resilience it will face once it resumes regular operation in all parts of the world.