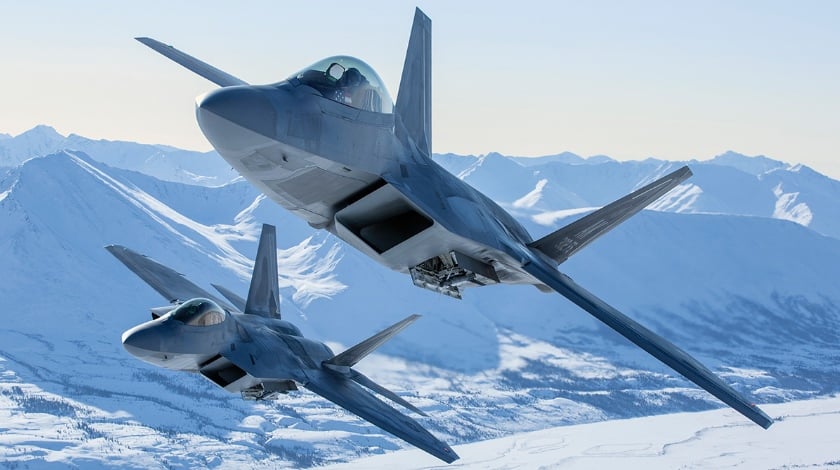 The current world situation makes every country consider its ability to confront a military threat posed by modern weapons. These days the F-22, T-50 PAK FA or J-20 stealth fighter jets, high technology weapons with a diverse range of sophisticated precision guided munition, are the key to the successful military campaigns.

The 5th generation fighter jets are designed to incorporate numerous technological advances over the fourth-generation jet fighter. The exact characteristics of the 5th generation jet fighters are controversial; they are defined as having all-aspect stealth, low probability of intercept radar, high performance airframes and advanced avionics. They can easily destroy strategic targets of the enemy and paralyse the entire defence industry.

Nowadays aviation plays the major role in various military campaigns. Every country in the world knows that, but only few of them are capable to invest into the development of their own 5th generation fighter jet programmes. Moreover, there are only three countries manufacturing the most advanced fighter jets in the world – Russia, China and USA.

As we know, the 5th generation fighter jets are faster, stronger, smarter and, additionally, invisible. However, there are a lot more distinctive 5th generation features that differentiate it from other aircraft. These include:

In 2011, the new aircraft called Chengdu J-20 made its first flight. Until the beginning of 2012 it managed to make over 60 test flights. The process of testing and debugging the new fighter jet had lasted for more than four years.

Characteristics. Most of the tactical and technical characteristics of the fighter remain a mystery. Media reported that the aircraft will be equipped with anti-ship missiles and its main goal will be fighting with ships in the Pacific Ocean.

There was a rumor about China’s plans to make its J-20 the most numerous stealth fighter jet in the world.

The J-20 has a large number of elements which are similarto or copied from a Russian prototype, the MiG 1.44, the US F-22 and the F-35. Such parts as a delta wing, a pair of ventral fins and closely spaced engines are highly similar to the MiG 1.44. The canopy and the nose use identical stealth shaping design to the F-22 and the location of the air intakes as well as the geometry of the vertical stabiliser are copied from the F-35. There are also reports indicating that the Chinese fighter is equipped with AFAR radar.

The F-22 is a single-seat, twin-engine, all-weather and supersonic tactical fighter jet with high manoeuvrability and stealth characteristics. Initially, the F-22 was expected to be an air superiority fighter which can also act as a ground attacker, an electronic warfare aircraft and an electronic intelligence provider.

Characteristics. The F-22 Raptor is the first fighter jet equipped with a fully integrated avionics system and the guided “air-to-air” missiles placed inside the fuselage. Moreover, four AIM-9 Sidewinder missiles are located on the intakes and four AMRAAM missiles– on the bottom of the fuselage. In addition, the plane is armed with an improved version of a 20mm calibre M61A1 machine-gun.

After a long development of the plane, the US Air Force keeps saying that the F-22 is an essential part of its tactical air power, claiming that this fighter jet has no equal competitors among all the known aircraft.

Lockheed Martin said that the F-22 is the world’s best fighter jet which combines such qualities as stealth, speed, manoeuvrability, precision, situation awareness and the presence of weapons of “air-to-air” and “air-to-land” classes.

Some people say that the F-22 has a cost of the gold. The funny thing is that, according the financial markets, in February 2006, the value of 19,7 tons of pure gold (weight of the empty F-22) was 350 million dollars, too.

The T-50 PAK FA is a 5th generation fighter jet programme of the Russian Air Force. The T-50 PAK FA is a stealthy, single-seat, twin-engine jet fighter, and will be the first operational aircraft in Russian service to use stealth technology. It is a multirole fighter designed for air superiority and attack roles. The fighter is believed to have supercruise, stealth, supermanoeuvrability and advanced avionics.

The first flight of the aircraft took place 29 January 2010. In 2013 Sukhoi bureau began limited production of this type of aircraft to test weapons. Serial production of the T-50 PAK FA is due to begin this year and deliveries are expected to begin in 2018. Russia plans to receive 55 machines until 2020.

Characteristics. The final version of the T-50 PAK FA will be similar to the American F-22 Raptor. Like the F-22, the Russian fighter jet is designed to fly at high altitudes and cruise at supersonic speeds. Also, it should be extremely manoeuvrable. Russia expects to equip it with the most modern equipment that will make an aircraft capable of avoiding detection and becoming engaged in electronic warfare.

With all the benefits, the T-50 PAK FA is a very expensive jet. It was the main reason why Russia had reduced the planned purchase to only 12 aircraft.

In mid-August, the Russian Defense Ministry showed the T-50 PAK FA to the public.

The F-22 has the most advanced avionics as well as the best stealth and speed characteristics. Therefore, the T-50 PAK FA shows better handling while the J-20 appears to have the best flight range and the greatest weapon bays. As for now There is no answer to the question about the best fighter out of this trinity and, hopefully, there would never be…