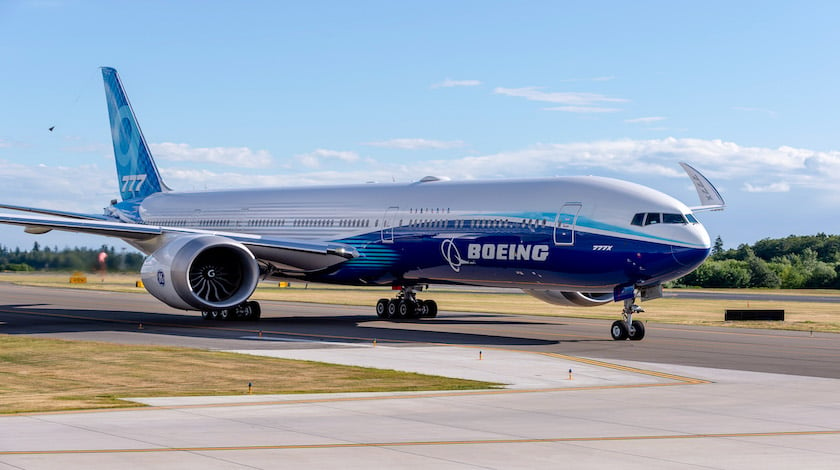 Ongoing turbulence, endless troubles, serious issues, even growing doubts over safety in light of the 737 MAX crisis, did not stop Boeing on its way to getting the 777X into the air.

Boeing has confirmed that its long-awaited newborn 777X, to be more precise, 777-9, is almost ready to take off for its maiden flight already this week, on 23 January, 2020. However, the company said that the timing could be changed due to ‘weather and other factors’.

After years of design and testing, it’s almost time to fly. The #777X will make its first flight as early as January 23, subject to weather and other factors.

The first flight of the Boeing 777X is one of the most anticipated events of 2020. The program was launched in 2013 and initially was scheduled to perform its first take-off in 2019. However, not everything went according to the plan.

Good news is that Boeing managed to secretly debut its plane for the employees in March, 2019. The grand ceremony was not held in respect to the tragic crash of Ethiopian Airlines 737 MAX 8.

Confirming the schedule of the initial take-off, Boeing has revealed three main features that make this plane stand out from the others in the segment: GE9x engines, wings and fuselage.

What concerns GE9X powerplant, this was the latest Boeing’s obstacle preventing the planemaker from the flying its test program following the initial plan. There were some technical issues with the engine that GE Aviation was making all the efforts to eliminate.

Nevertheless, the engine is truly impressive and is the biggest one powering commercial aircraft. Apart from that, the GE9X will help the 777X to be “10% more fuel efficient than the competition”.

Being the largest twin-engine jet in the world, even bigger than its predecessor the 777, the new plane will have the possibility to fit into the same gates as the already mentioned 777. This will provide Boeing with more opportunities using the existing airport structures.

Finally, the fuselage. It is larger longer than the 777-300ER, it has the same width on the outside, but features larger cabin inside, as Boeing re-sculpted the frames.