End of the Tupolev 204 Passenger Aircraft Era in Russia 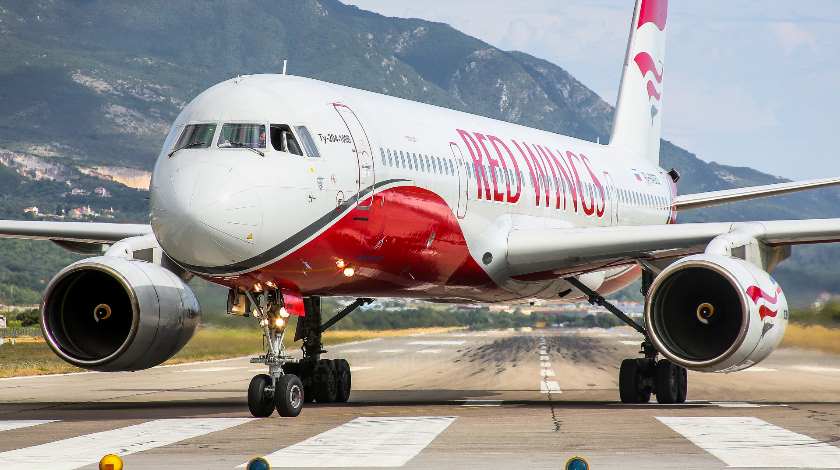 Russia’s airlines have reached the end of the runway with regard to operating passenger versions of the Tupolev Tu-204 mid-haul airliner, a period which lasted 23 years.

The history of the type proved much shorter than its famous predecessors – the Tu-134 was in operation for 53 years and the Tu-154 is still flying and will likely reach the half-century milestone.

Red Wings Airlines, the last commercial operator of the Tu-204 in Russia passenger aircraft, did not throw a good-bye party for the aircraft in the way that Alrosa Airlines did when it parted with the last Tu-134 in late May.

Founded two decades ago, Red Wings started out as Airlines 400 with a single Tu-154. In the summer of 2007 it took delivery of its first Tu-204 and changed its name. All of Red Wings’ Tu-204s are owned by lessor Ilyushin Finance Company (IFC) which today is the major shareholder in Red Wings.

When launching the operation of the Tu-204, Red Wings’ old management described the choice of aircraft as “the best fit for the airline’s business model and its specifics.” IFC was also confident in the type, noting at the time: “The aircraft is very competitive and within the [Red Wings] project it will be 15 per cent more efficient than the Boeing 737 with Sky Express.”

The latter was the pioneer of discount air travel in Russia, but was forced to leave the market in 2011. Red Wings made its last Tu-204 flight seven years later in October 2018.

The decision to retire the Russian-made aircraft was dictated by their limited service life. “The airline gradually reduced the utilisation of its Tu-204s in its flight schedule. We started that process in mid-September (2018) and planned to stop the operation of the type by the end of the summer navigation period, that is by October 27 last year.

That’s what we did. The aircraft are in secure storage now,” Darya Kaplunova, advisor to the general director of Red Wings, has explained to Russian Aviation Insider.

“Neither we, nor Red Wings can predict when the [Tu-204] cooperation will be over. There’s a leasing contract,” IFC’s press director Andrey Lipovetskiy reminds Russian Aviation Insider.

As many as 95 pilots, 132 cabin crew and 60 technicians were involved in Red Wings’ Tu-204 operation. “These employees were directly affected by the restructuring in late 2018 and now this process has been completed,” Kaplunova says.

All of the technical staff members were transferred to the Kazan-based KaPO maintenance centre. The Tu-204 flight squad was dissolved and some of the pilots re-trained for Airbus aircraft as the airline started adding A320s in May 2017 and today has 14 A320/A321s in its fleet.

The remaining pilots either retired or left the airline for the Rossiya Special Flights Squad, which continues to operate non-commercial 14 Tu-204s/214s. The cabin crew who stayed with Red Wings were re-trained for Airbus services. Thus, the possibility of a return of the Tu-204 in the airline has now become impossible.

Red Wings refuses to share its experience and compare the efficiency of the A320 against the Tu-204, even though IFC’s Lipovetskiy says that four Tu-204s, produced in 2008 and 2009, may still be re-marketable assets.

Such a precedent exists with two aircraft – RA-64044 and RA-64045 – which were previously operated by Vladivostok Avia and, this spring, were then transferred to Roscosmos, the Russian space agency. IFC has also restated that, at the MAKS-2017 airshow, it had signed a contract with Red Wings for the delivery of 16 MC-21s starting from 2021, so the cooperation with the airline will remain.

Red Wings’ retirement of the Tu-204 has reduced the flying fleet number of the type. “There are a total of 25 of different modifications of the Tu-204 aircraft in operation today. Of these, 12 are operated outside Russia with Air Koryo (North Korea), Cubana (Cuba) and Cairo Aviation (Egypt). The remaining aircraft are either in the fleets of Russian state entities or with freight carriers,” Tupolev has reported.