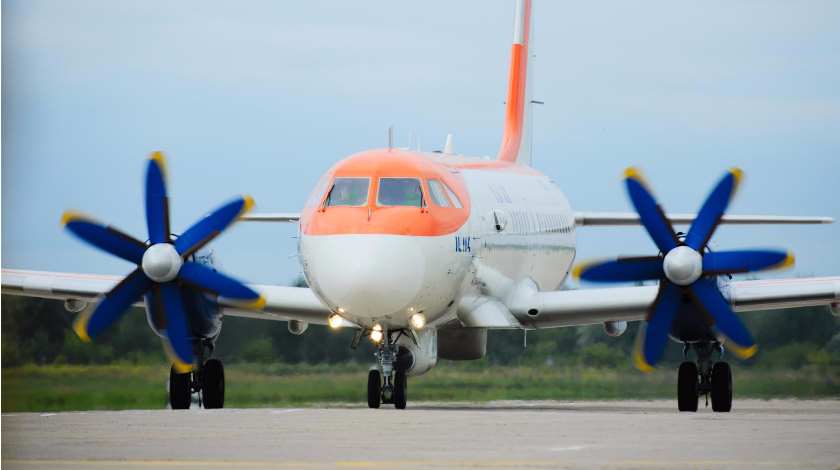 Ilyushin, which is part of the United Aircraft Corporation (UAC), has revealed more details about the status of its IL-114-300 passenger turboprop programme, which it says is proceeding towards its first flight “in late 2020”.

The IL-114-300, which is an updated version of the original Ilyushin IL-114 that, in the Soviet Union era, were produced at an aircraft factory at Tashkent in the now independent Republic of Uzbekistan. The upgraded Russia-produced version will be powered by modern TV7-117ST-01 engines.

The company claims it has now signed several letters of intent for a total of 19 of the aircraft, Yury Grudinin, general director of Ilyushin Aviation Complex has revealed in an interview with Expert Business Weekly.

Moreover, Russia’ State Transport Leasing Corporation (GTLK), one of the government’s main tools for the financing of domestically-built aircraft, has expressed an interest in 50 Ilyushin IL-114-300s, saying it is “ready to lease these aircraft to airline customers starting 2025,” according to Grudinin, who assesses the immediate market demand for the type at around 60 aircraft.

“Besides,” he continues,“ Indian customers, namely HAL [Hindustan Aeronautics Limited] are really interested in the aircraft’s production. We are now elaborating different cooperation schemes, including the localisation of the production of aircraft parts in India. Domestic air travel between different states is developing quickly in India, so turboprops of such class will be in demand.”

Grudinin specifically points out that the IL-114-300’s fuel burn is 500 kilos per hour, which is less than that of its competitor the ATR-72 that offers a similar seating capacity.

Along with that, the Russian aircraft provides a greater range – some 5,000 km, versus the ATR’s 3,600. Three passenger capacity options of 64, 52 and 50 seats, with an increased luggage compartment, are under development.

Serial production of the IL-114-300 involves four sites: Voronezh Aircraft Production Association, Aviastar-SP (Ulyanovsk), Sokol (Nizhny Novgorod) and RSK MiG’s Lukhovitsy facility (near Moscow). All of these sites are undergoing extensive upgrades with new equipment and final assembly is being set up at Lukhovitsy, which will be equipped with an automated assembly line.

The programme’s continuing delay has resulted in Krasnoyarsk-based regional airline KrasAvia, one of the IL-114-300’s potential customers, now considering the acquisition instead of three ATR-72-500 turboprops to replace its obsolete Antonov An-24 and An-26 types.