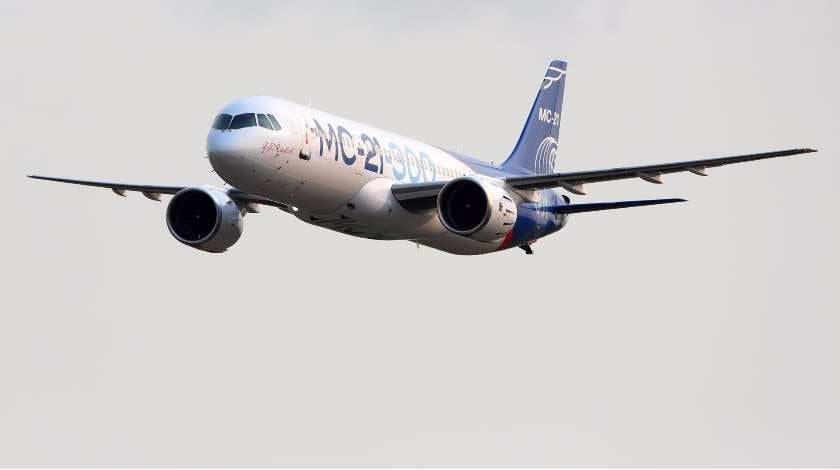 Russia’s United Aircraft Corporation (UAC) plans to roll out the first six serially-built MC-21 jets in 2021, double that number in 2022, before ramping up production of the country’s advanced mid-haul airliners to 25 units a year by 2023, reveals Valery Okulov, counsellor to UAC’s general director and former head of Aeroflot.

“By 2025 we plan to reach an output rate of 72 [MC-21] aircraft per year,” Okulov advised Russia’s Federal Council, adding that by the end of this year, the total number of the nation’s other current aircraft project, the Superjet 100 (SSJ100) regional jet, will have reached 155 units since the start of its programme.

The SSJ100 production rate for next year is targeted at 30 aircraft, with 30 more scheduled for production in 2021.

In mid-November, Yury Slyusar, the head of UAC, ambitiously claimed that the Corporation’s aim is for the annual output of the MC-21 to ultimately reach 120 aircraft. However the existing production capabilities of the Russian planemaker are no greater than 70 aircraft per year.

The MC-21 is Russia’s new-generation, short- and medium-haul narrow-body passenger airliner offering a capacity of between 163 and 211 seats. It is being developed and produced at the premises of Irkut Corporation and the aircraft is currently nearing the end of its certification flight programme, with Russian type certification approval scheduled for 2020. There are future plans to seek European validation of the type certificate.

Meanwhile, the backlog of firm orders for the MC-21 has remained unchanged for several years and currently stands at only 175 units. The first customer deliveries are slated for the second half of 2021. Thus far, Aeroflot is the largest customer for the new type, with a firm order for 50 aircraft.